GIVE US A CALL!

We greatly look forward to the opportunity to greet you at STATION-Berlin!

STATION-Berlin is one of the most extraordinary locations in Europe. Situated at the heart of Germany’s capital city, its superb accessibility, its dimensions, its technological resources as well as its architecture – which enjoys protected status as a historic landmark – collectively make this site a national and international hotspot. It is a prime destination for exhibition and convention organizers, events agencies, multinational businesses and other institutions. Indeed, the location is already a home to many established and popular events, but at the same time, it also serves as a veritable incubator for novel thinking, innovative ideas and creative concepts. Events that started here, and/or have grown with the support of STATION-Berlin, have now become flagship dates on Berlin’s calendar of events. Digital society, sustainable technologies, mobility 3.0 and contemporary art are but a handful of the innumerable themes that are regularly guests in the Halls beside the many business and industry events. Flexibility, effective decision-making processes and a keen service mentality are just some of the many reasons why there are an increasing number of recurring events and event organizers who work continuously with us.

The STATION Berlin as an event location
It has recently been publicly claimed that the STATION-Berlin would soon be closed as an event venue. This assertion is not true.
The STATION-Berlin as an outstanding venue in its unique building complex at the most exciting location in Berlin continues to be operated on site.
We look forward to further developing event formats and products together with you as our customers.
Your STATION Berlin team

The history of STATION-Berlin begins around the same time as the birth of Thomas Mann, the great German author. The grand opening of the Dresdener Bahnhof took place on this site on June 17, 1875. The station was the starting point and destination of the new Berlin – Dresden – Berlin railway line, which was 12 kilometers shorter than the old connection. The station served trains headed to Dresden as well as the through-coaches continuing to Vienna and Prague.

Under the reign of Kaiser Wilhelm II, the site was rededicated in 1907. Thereafter, it served as the Postbahnhof, supplying Berlin for the next 90 years with packages and goods imported from throughout the entire world. During the postwar period, when Germany was divided into East and West, the train station attained special significance: it was the end stop for one of the most important arteries that connected West Berlin to West Germany. Even today, countless structural details serve as reminders of STATION-Berlin’s eventful past. These include the massive gates through which the steam locomotives chugged, the recently restored train station roof over Hall 7, and the markings on the walls, doors and floors. They all bear witness to one of the most important hubs in Germany for goods and packages.

To this day still, STATION-Berlin is a hub – a figurative hub for innovative ideas, ingenious products and incomparable events.

This element still uses the old Contao 2 SRC format. Did you upgrade the database? 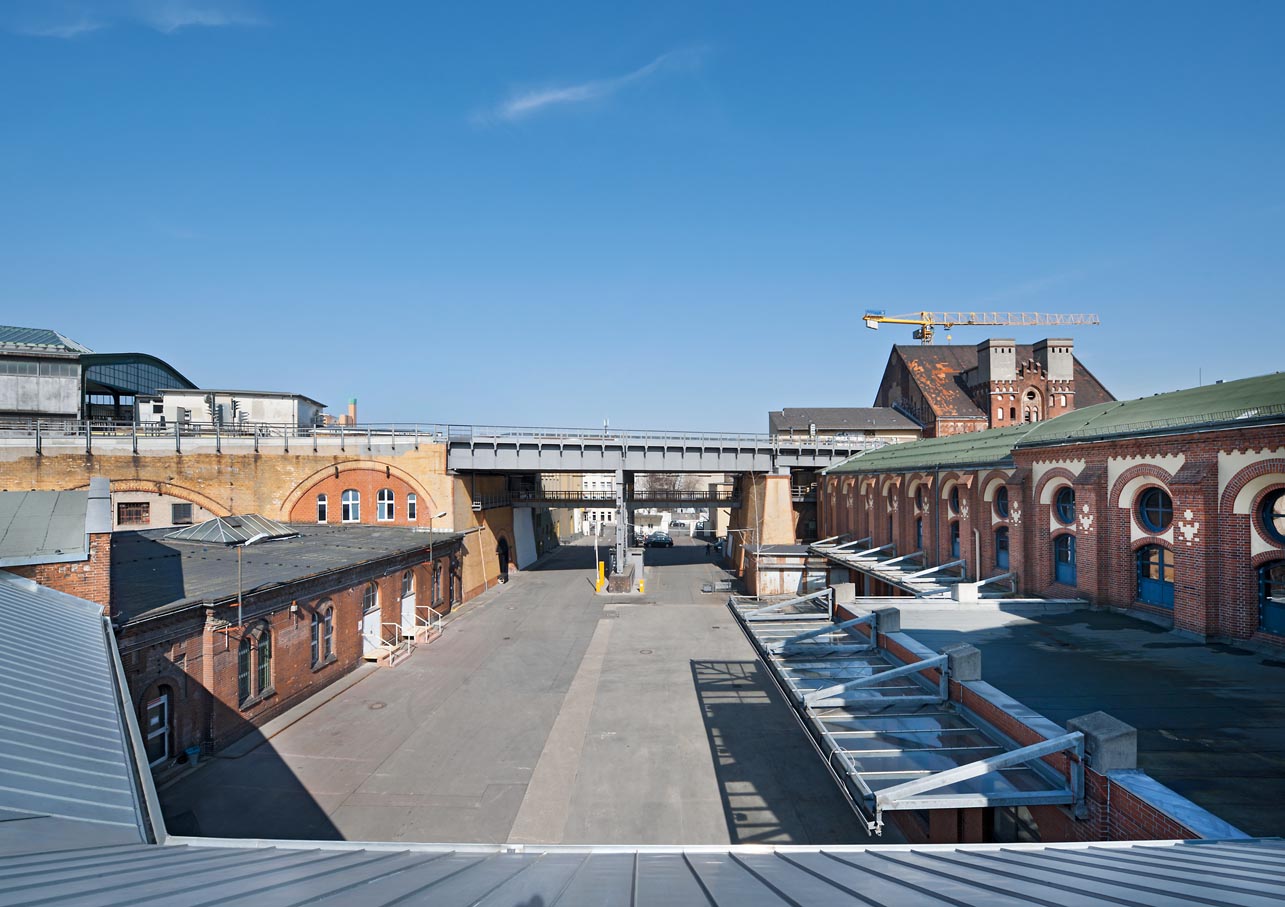